Which Thermometer should I buy?

There are several different types of Thermometer and no single one is going to meet all of your BBQ needs sadly.

I would categorise thermometers as follows:

Everyone should have one of these.

Cooking properly is not about cooking for a set length of time at a set temperature, it’s about knowing when something is cooked to perfection or safe to eat.

How long does a chicken take to cook in your oven? Well that will depend on how big your chicken is and how hot you’ve got your oven. I therefore can’t tell you. What I can tell you though is it’s safe to eat when the thickest part of the meat has reached 74°C.

To cook a perfect steak you need to know how someone wants it cooked. A rare steak should be 53°C, a medium rare steak 58°C.

There are many of these types of thermometer on the market. I’ve used a good few of them. You can buy them as cheap as £10, but you do get what you pay for.

The Big Green Egg pocket thermometer does a good job if only it’s button to switch between °F and °C wasn’t recessed and the unit didn’t always start in °F. As a result this is absolutely useless for those of us who work in °C.

My favourite and that of most professional chefs, is the Thermapen. There are various models. The Thermapen 4 is my preference. It’s very quick to read a temperature, waterproof, backlit, and has a rotating display so the temperature is always displayed the right way up.

You can buy a Thermapen 4 from my site. 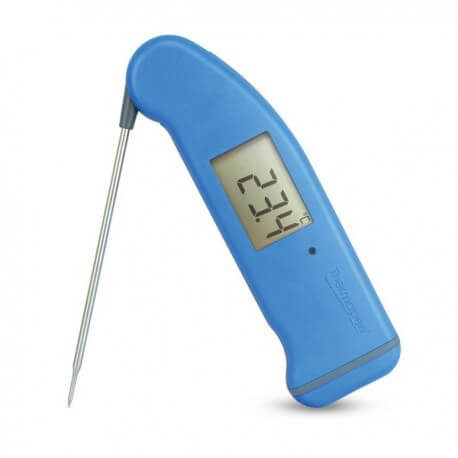 Some are now Bluetooth or Wifi enabled to allow you to monitor your cook on your phone or via a web browser.

While this might seem quite extravagant, they are really useful. They not as essential as an instant read thermometer like the Thermapen Pro, they do however allow you to cook while getting on with other tasks knowing your cook is under control.

Again there are many on the market, I’ve used iGrill’s from Weber, Big Green Egg’s own (it’s actually a rebranded Maverick), the Maverick 731 and 732, the Thermoworks Smoke and the Meater.

My favourite is the Meater+ as it’s completely wireless and the app leads you through cooks to get perfect results. The ‘+’ version has an extended range but it is still bluetooth so don’t expect it to reach that far. However you can link it to an old phone running the app and then use WiFi to extend the range.

I use the Meater+ and liked it so much I now sell them in my online shop. 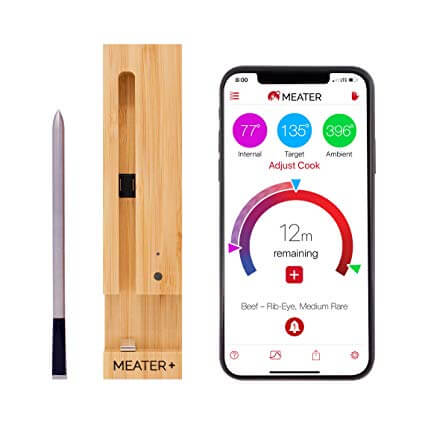 Think of these devices as a device to turn your BBQ into a fully automatic oven, set the temperature on the controller and it will control the BBQ temperature for you.

The more modern of these devices are Wifi enabled which not only allows you to see what’s going on with your cook from an app or browser, you can also adjust the temperature of your cook from that app, meaning you can be in the office or down the pub and know exactly what’s happening on your BBQ.

This may seem very geeky, it is, but it’s also very handy. If you’re doing a longer low and slow cook, these devices can be a real boon as everything is taken care of.

Again I have used several of these, the BBQ Guru DX 2, the Flameboss 300, the SmartFire, the Big Green Egg Genius and I have even made my own, the HeaterMeter.

The one I haven’t used is the Smobot which isn’t strictly a forced air controller as it has no fan. It does however have a mechanism for regulating airflow but it does require you to modify your daisy wheel or realistically buy a second one.

Big Green Egg have launched a controller based on the Flameboss 400, The EGG Genius. It’s brilliant and my favourite of all these devices. Unlike the Flameboss 400 the Genius can have two additional meat probes added to it so you can use it to cook 3 different things at once. I now sell the EGG Genius. 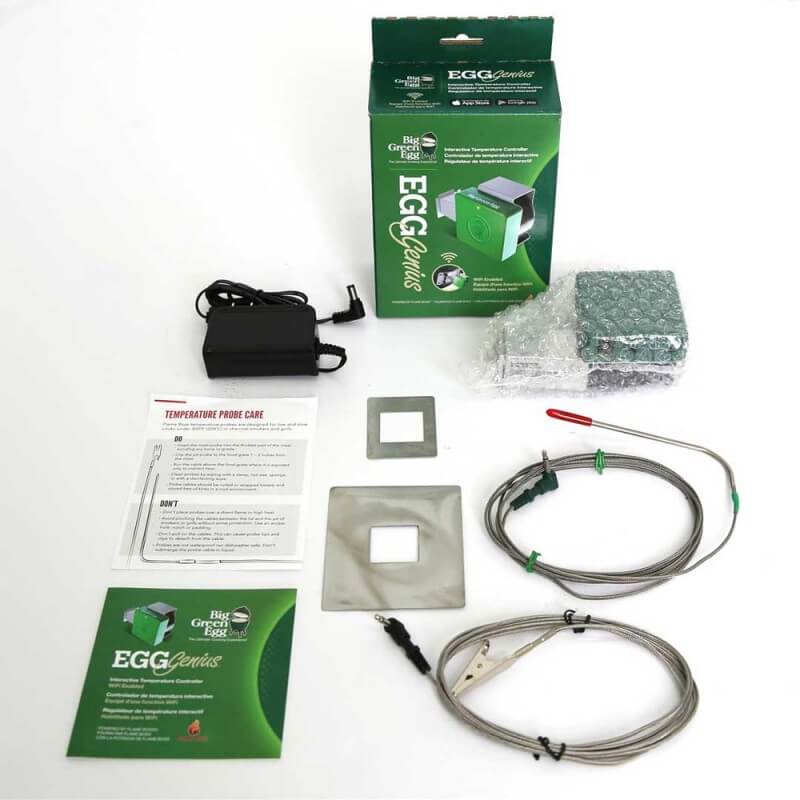