Salmon on a plank

The Big Green Egg cooks fish amazingly well, locking in moisture and giving you the control to cook it perfectly.

Cooking fish on a plank allows the fish to take on the flavour of the wood. Some people will tell you it’s because the plank smoulders and the smoke flavours the meat, some will say it’s because the steam released from the soaked plank add the flavour, either way it tastes fantastic.

This method of cooking salmon can also be used with other types of fish so give it a go with cod or sea bass.

The planks should last a few uses before you need to replace them. Don’t get your BBQ too hot though, it will burn through the planks much faster. Have a go cooking with your Egg setup indirectly if you just want to see if it is the steam adding the flavour.

Please make sure you place the plank onto a heat proof surface when you take it off the BBQ, it may be smouldering on the bottom. DO NOT place it on a wooden table or chopping board, it could burn or set it on fire.

You can buy smoking planks from Amazon here. 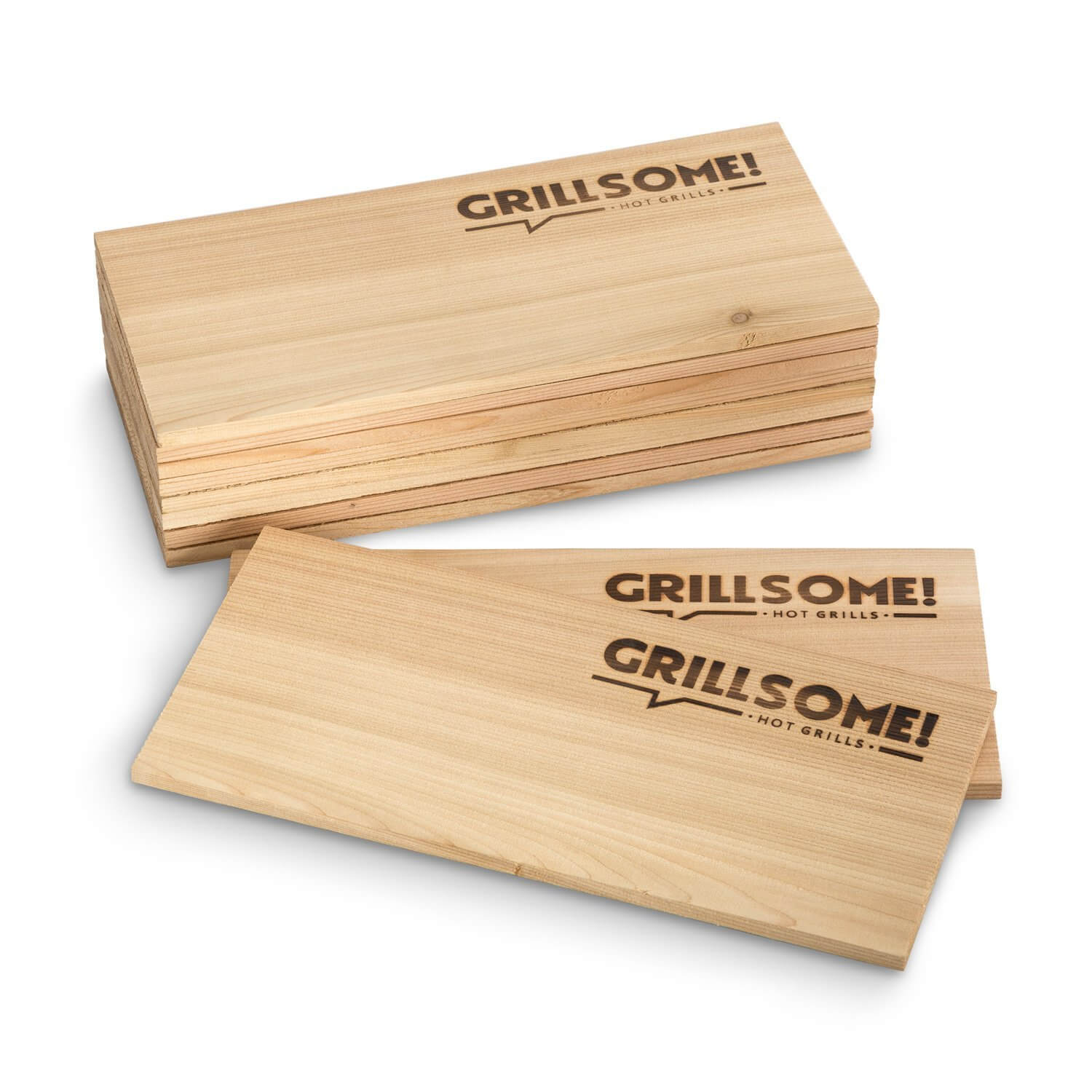 This website uses cookies to improve your experience. We'll assume you're ok with this, but you can opt-out if you wish.Accept Read More