Smoked Chocolate Brownie, seriously? This has been one of the most controversial recipes I’ve made on the EGG. People just don’t like the idea of it and before they have even had a chance to taste it they have made up their mind that this is a bad idea. I wonder if we all thought that the first time someone said lets mix chocolate with chilli?

While I smoke this brownie, it’s a delicate smoke. The idea is to give it just a touch of smoke, not overpower it.

I haven’t yet found anyone who doesn’t like this recipe. Most people are quite surprised and actually enjoy the smokey flavour, much to their surprise.

It’s also a fantastic recipe to wow your friends with as they’ll be gobsmacked to find out you cooked it on the BBQ.

I use fruit based woods for the smoke, usually apple or cherry. 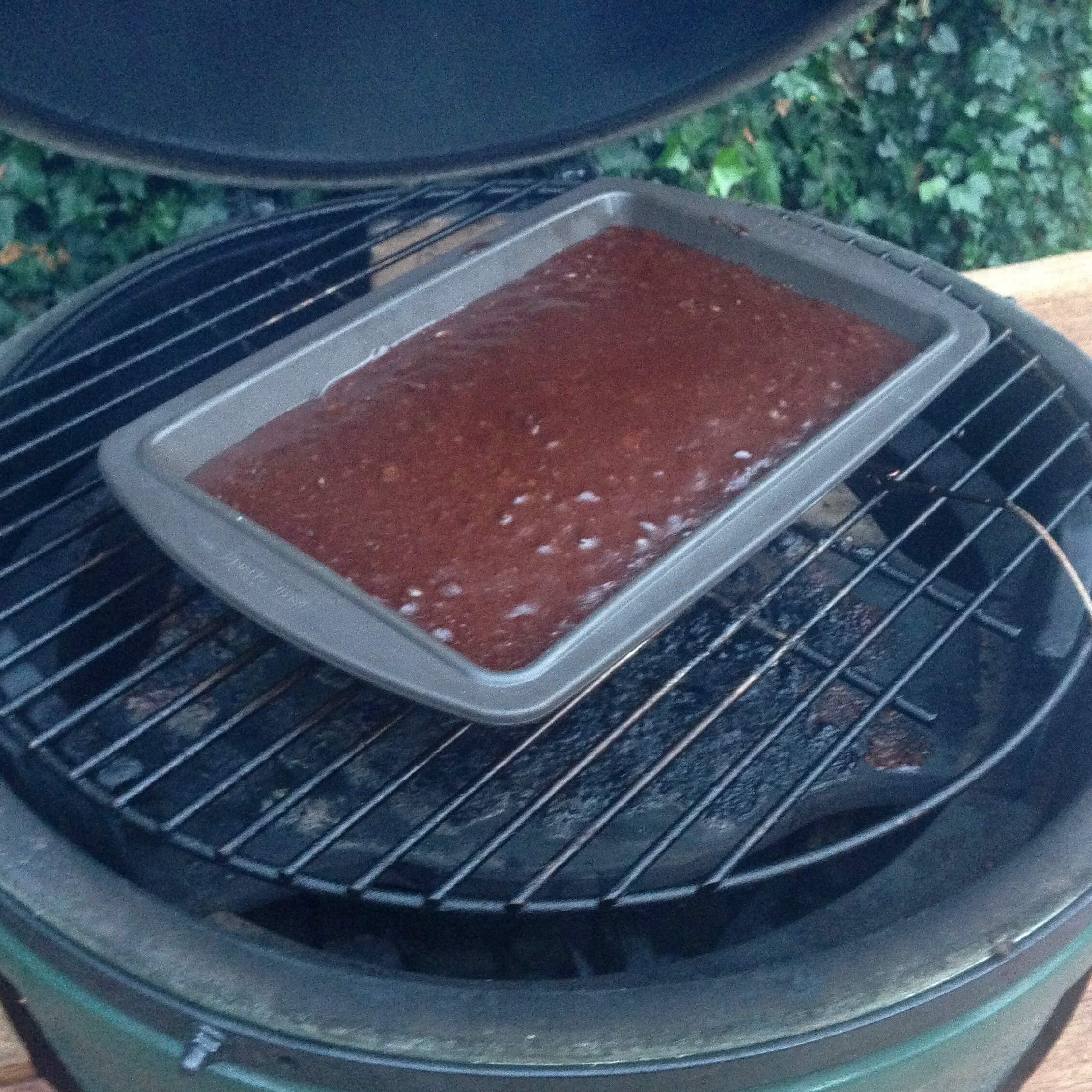 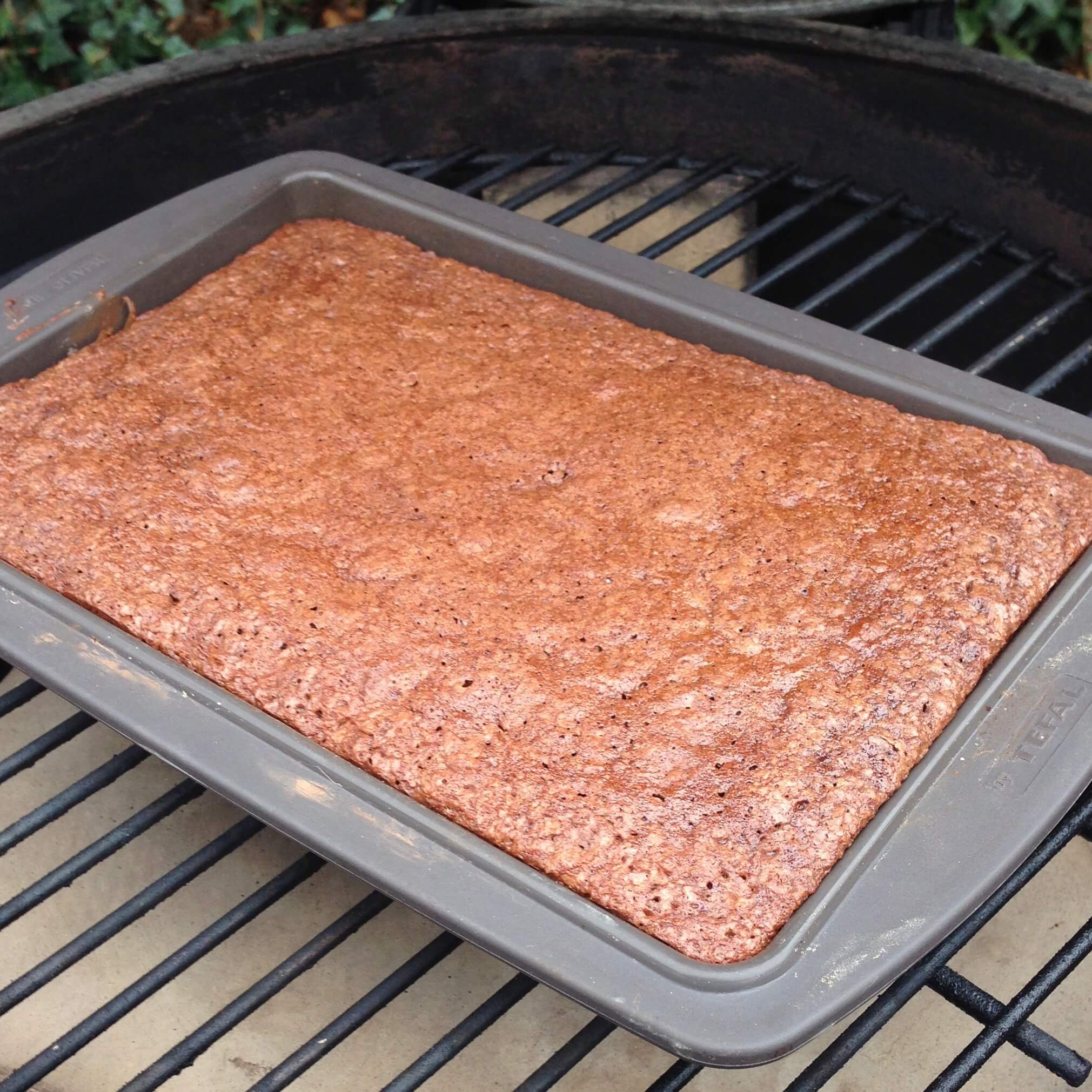 This is my kind of recipe, although Helena always makes it.

It’s a simple as that. You should be left with a smokey, slightly gooey brownie. Serve warm with some ice-cream.