Who doesn’t like a doughnut? OK so some people do but of those that don’t like doughnuts they tend to like a churros, a Spanish doughnut which is thinner (but don’t tell them it’s equally unhealthy).

Churros are a Spanish dessert that are so, so easy to make on the Egg. OK it does involve deep frying but the Egg has a built in fire blanket, it’s called the dome.

This recipe is very, very easy to make and then wow your guests with. There are so few ingredients it’s almost cheating.

The only way you can mess this up is to not use boiling water when the recipe tells you to do so, I know this as I messed it up at a clients cooking class. If the dough doesn’t thicken as explained, bin it and then follow the recipe to the letter. 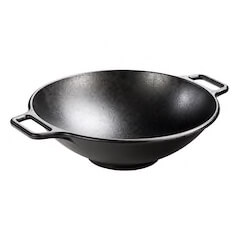 You’ll need to do these in batches, you cannot make them all at once.

They will be incredibly hot when you take them out, so don’t give them to kids straight away no matter how much they beg!

5% off thermometers, aprons, cold smokers and OFYR – use code Sale5 at checkout

Shop Now
This website uses cookies to improve your experience. We'll assume you're ok with this, but you can opt-out if you wish.Accept Read More