Hay baked chicken uses a technique I found in a Tom Kerridge recipe. He uses hay to insulate a chicken wrapped in muslin to slow cook it. I’ve adapted this recipe to take advantage of the smoke and flavour generated as the hay scorches and burns as well as its insulating properties.

As with Tom’s recipe I use cider to both steam with chicken but also impart flavour.

I don’t wrap my chicken fully in muslin though as I want it to brown a little and take on some of the hay smoke, his recipe has been criticised for producing a very anaemic chicken.

Cooking your chicken this way will not only give it a great smoky flavour, it will also keep it even more moist than normal. 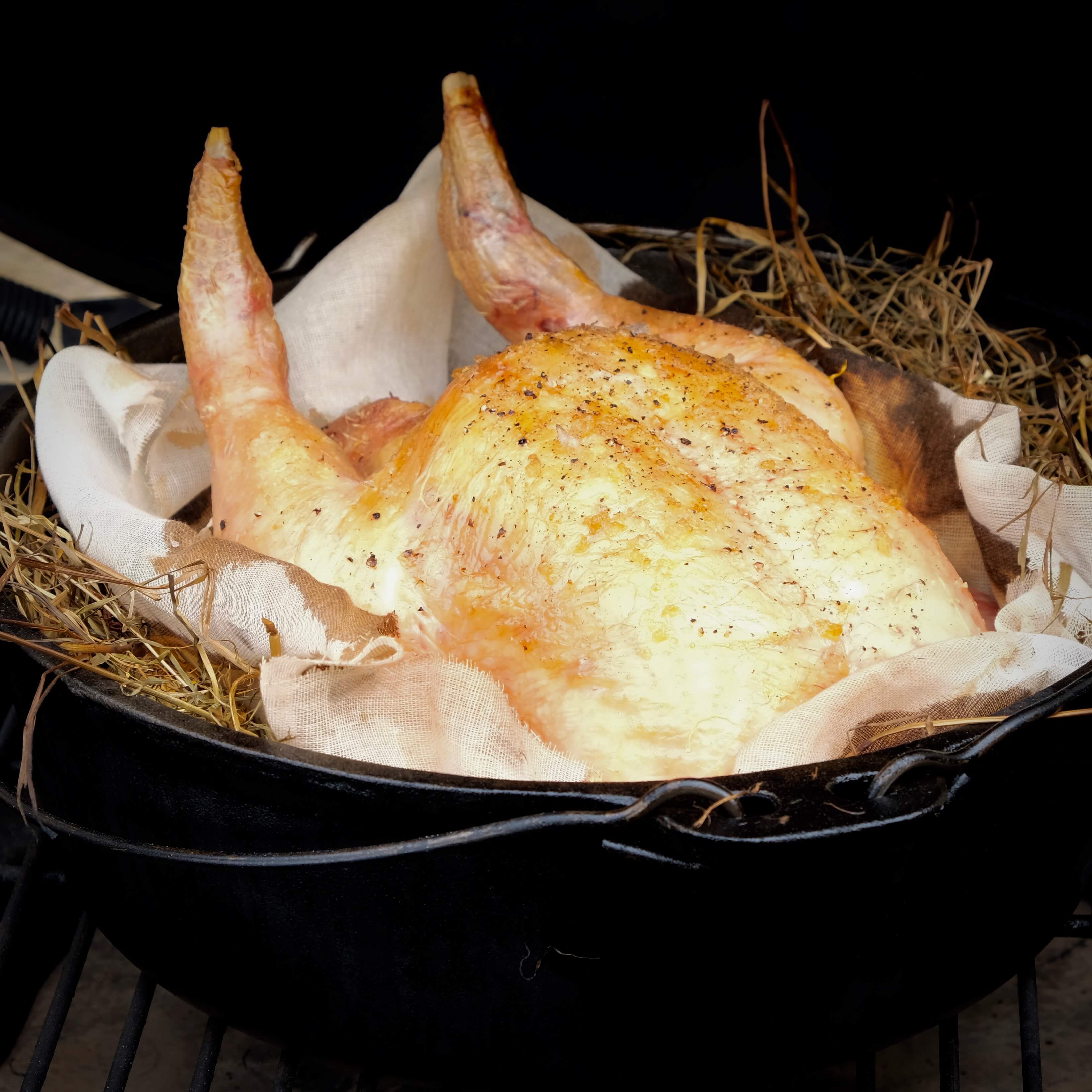 When serving chicken or turkey, it’s much better to take the breast off the carcass and then slice across the grain of the meat. This will make the chicken taste far more succulent.