American barbecue, from the south, developed around turning the cheaper cuts of meat into delicious meals. The king of all the barbecue dishes is brisket which is usually slow cooked until it is super tender, then sliced. You’ll often be served brisket with other cheaper pieces of meat and sides of slaw, cornbread, pit beans and mac’n’cheese.

It’s taken me a long time to make a success of brisket. It’s one of the hardest cooks to get right but it doesn’t have to be. Treat it gently and cook it with the right equipment to help you, and you will make a success of it.

Make sure you read the notes that go with this cook, not just the recipe, it’ll give you an insight into the science of what is going on during this cook, it’s important you understand this as it will help you make a success of your cook.

The easiest way to maintain the temperature of your Egg is with a forced air controller. Big Green Egg make the EGG Genius which is a great way of controlling any sized Egg from MiniMax to XL. 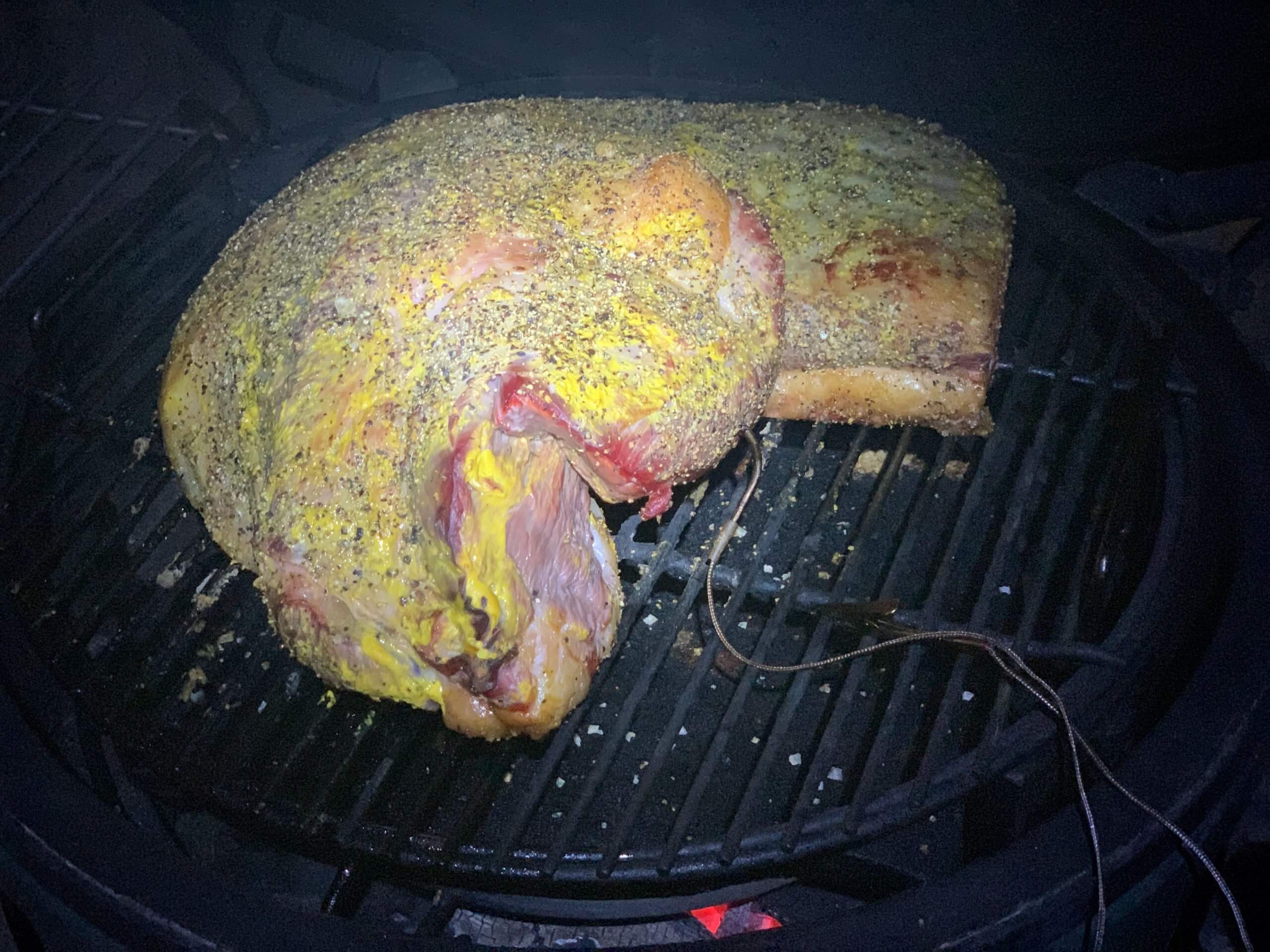 When you are cooking large chunks of meat low and slow (EGG at 110°C), the internal temperature of the meat will rise and then start to slow down. At between 65°C and 75°C the meat temperature may even stop rising and even fall. This is the time not to panic. Don't go turning up the temperature of your EGG, you'll ruin the food.

What's happening in the stall is the outer layers of the meat are starting to dry out. As that liquid is evaporating, it's cooling down the rest of the meat. It's a bit like us on a sunny day, we perspire. It's our body's mechanism to cool us down. The evaporating perspiration cools us. With a piece of meat, the evaporation will hold the temperature of the meat in 'the stall' or 'the plateau' until the rate of evaporation lowers, at which point the meat temp will start to rise again.

You can see on the graph below the meat almost stalling (this piece of brisket had been nicely hung so was relatively dry). Then between 6am and 9am on this graph, I wrapped the meat and look how quickly it starts to rise again (the big red spike is the temperature of the EGG dropping as I open it to wrap the meat).

I then leave it until about 1pm before I probe it and decide it needs some more. I'm eventually happy with it around 2:30pm.

The yellow line is the brisket temperature, You'll see it put it on about 7:30pm. That's a 19 hour cook. This brisket was just under 5Kg. 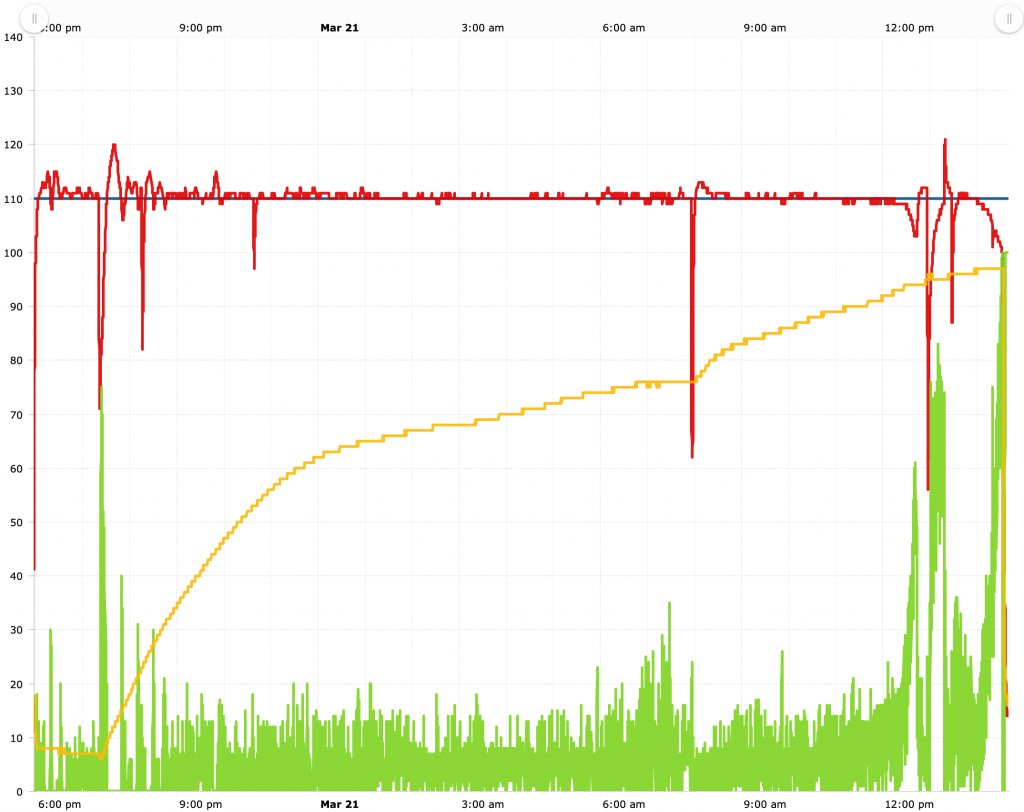 Smoking chunks and chips can be used to enhance the flavour of a cook. However I would advice you to use them sparingly. Some people don't even use them at all, just leaving the cook to take its smoky flavour from the charcoal itself.