Brisket on the Bone

Brisket is the essence of real BBQ. Pit masters will toil for hours to smoke the perfect brisket and people will queue for hours on end to sample it at places like Franklin Barbecue in Austin, Texas.

It’s reported to be one of the most difficult cuts of meat to get right, probably because you’re taking a cut that can be so tough if not cooked properly.

I’ve eaten badly cooked brisket and it can have the texture of shoe leather if not given time. However it doesn’t have to be difficult, just give yourself plenty of time.

As with most low and slow cooks you’re bringing a piece of meat up to a temperature where all the tough connecting tissue will be broken down, moisturising your meat and turning it from a tough cut into something that is soft and succulent. To get there though takes patience, especially when you go through the stall, a temperature at which the outer layers of the meat are drying out forming a ‘bark’. I’ve had a 3Kg piece of meat in the stall for 7 hours so make sure you read up on it and know not to touch your temperature controls. 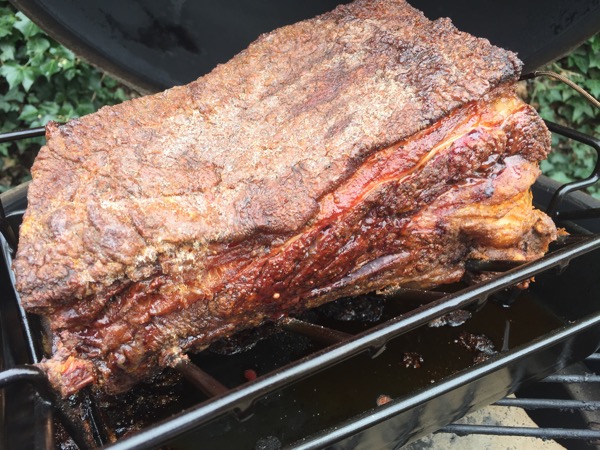 Start your brisket 24 hours before you want to eat it. If it is ready ahead of time wrap it in foil, put it into a cool box, cover it with towels and shut the lid. This will keep it piping hot for hours.

Lots of people fry their thermometer probes because they subject them to direct heat by not running them out over a plate setter leg. Even when your grill is running at 110C there will be bits of your BBQ hot enough to melt the probes. Look after them and they will last for years.

When you look at brisket in books and on the web it tends to be American cut, off the bone, with two muscles. British butchers cut it differently hence this recipe is for brisket on the bone. You’re still getting the same muscles but with the added flavour you get from cooking meat on the bone.

Support recipe development
This website uses cookies to improve your experience. We'll assume you're ok with this, but you can opt-out if you wish.Accept Read More
Necessary Always Enabled 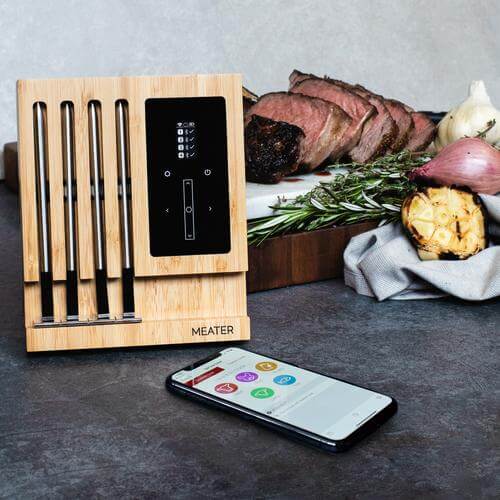 Get 10% off your first order

We'll give you a code to get 10% off your first product order (not valid on class bookings).

You have successfully subscribed. Use NEWS10 at the checkout to get 10% off your first order.