In 2019 Big Green Egg released the Stainless Steel Fire Bowl, aimed at making cleaning your Egg much easier as well as improving the airflow.

The way it works is twofold:

Cleaning, is it easier?

To clean your Egg, just lift out the fire bowl with the fold out handles. Use these to swivel the bowl and jiggle the charcoal. It really quickly knocks off the ash into the container you are doing it over. It’s super simple, as fast if not faster than raking the coals in your Egg, the bonus is most of the ash isn’t in the bottom of your Egg waiting to be pulled out of the draft door with the ash tool.

Does it improve airflow?

The bowl is designed to improve airflow both through reduced ash and through improved airflow up the sides of the bowl. I’ve found the bowl really effective in both of these aspects.

Remove the standard cast iron grate from your Egg when using the fire bowl.

I did a test, adding new charcoal to some old charcoal, lighting it and leaving it with the lid open with draft door fully open. After 7 minutes my charcoal was burning at a level I would have expected afetr 10 minutes without the bowl.

I then closed the dome, opened the rEGGulator fully, and as always, allowed the Egg to get to 180°C. This happened in a further two minutes, meaning my Egg had gone from lighting to 180°C in 9 minutes.

It’s not always this fast but it’s definitely faster than without the stainless fire bowl.

The Egg I did this on is 7 years old.

As with most things from Big Green Egg, they are reassuringly expensive!

Now that’s a huge jump from the large to the XL but it has increased functionality, it has a removable divider down the centre so you can setup your Egg and use just half the charcoal you normally would. I’ve tested this and it works well. My only issue is the bottom of the bowl warps a little with heat.

For a while now there have been several other products on the market that have had this functionality. The most well known is the Kick Ash Basket (KAB), a metal mesh basket.

The KAB has proved popular. Recently they have started to make the KAB from stainless steel as previous versions would disintegrate with the constant heating and cooling along with rust.

The mesh also means a lot of the smaller pieces of charcoal fall through during the burn and are wasted.

There are quite a lot of KAB copies, most of which aren’t stainless. I’d question their value as they will likely disintegrate quickly. 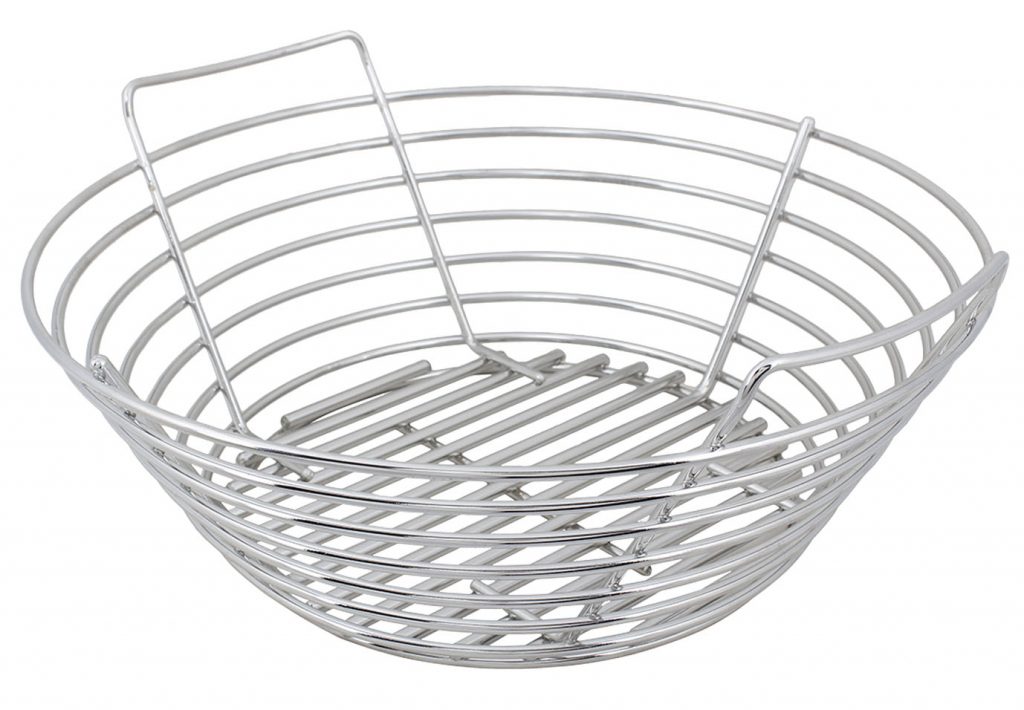