BBQ Champ, it all kicks off this evening 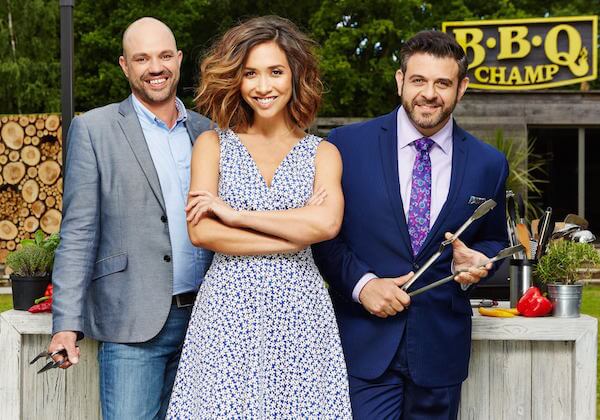 Exciting times, BBQ Champ, a sort of Great British Bake off but in the BBQ world starts tonight. I for one am going to be glued to my TV, expectant of some wonderful dishes and inspiration, oh and of course the odd disaster or two.

It’s going to air for the next five weeks on ITV at 9pm on a Friday.

On the forums I follow, including Country Wood Smoke – British BBQ, there has been some scepticism about the format and also the presenters, mainly Myleene Klass. People have questioned her BBQ knowledge. My personal take on this though is that anyone should be allowed to express what they think about a certain dish and their opinion count. This programme shouldn’t be about perfecting the standard American BBQ staples of pulled pork, brisket, ribs and wings, but should show an injection of British talent and our take on what can be made on a grill.

In the UK the Big Green Egg, an American product, has taken the Michelin stared restaurants by storm with over 30 restaurants using them. These guys aren’t using them to server their fine dining customers pulled pork rolls for sure.

So tonight I hope to see the following eight contestants challenged and see them put their personal spin on BBQ. They are:

Good luck to you all.